Mr. Imad Bakri has been a key driver at CorePath Laboratories since he joined in 2009. He has remarkable work experience and a strong background in chemistry and biology. He has played an essential role in initiating, developing and implementing different laboratory testing methods. Mr. Bakri has also introduced innovative technologies focusing on laboratory automation to improve workflow and turnaround times.

Mr. Bakri received his Bachelor of Science Degree in General Biology in 1994. He continued his education to earn a Master of Science Degree in pharmacy in 1999. He held a research fellow position at the University of Texas Health Science Center at San Antonio. Mr. Bakri was involved in projects related to DNA damage and repair employing varied techniques, including cell culture, flow cytometry and molecular testing. During this time, he developed a strong interest in cytogenetics and molecular cytogenetics. He then entered the Clinical Laboratory Sciences program at the UT Health Science Center and earned his post-baccalaureate certificate in cytogenetics in 2009. He is also an ASCP certified Medical Technologist.

Mr. Bakri enjoys working with his committed and highly qualified team members. Together they excel at providing the highest quality and timely work. 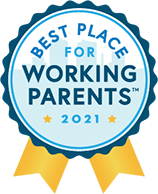